For me, the end of November this year means the end of NaNoWriMo2019. And although we have a whole other week of November still to go, I’ve finished this draft of my romance manuscript. You might recall that I did rebel NaNo this year. I stripped back a manuscript that was almost nearly done, but completely in shambles. I cut it down from 79,000 words to 42,308. I made a new outline for the project and I said I’d edit those remaining 42K while adding an additional 50K for my NaNo goal this month.

This project is by no means done. This draft, this iteration, is done. But I’ve sent it off to a dear friend and critique partner for the ‘does this story make sense and is it worth revising again’ pass, fully expecting several more passes to be done in the future. A part of me is so tired of working on it that I think it should be shelved and never see the light of day again. But another part of me knows that creating and editing this much content in 21 days is a lot of work, and that maybe project fatigue is shaping my opinion.

Since it’s November and we’re being all reflective on the year that’s still not done (I’m going to be talking about that in my next post), I’m going to examine my NaNo experience. Here we go. I felt judged by some for the fact that I was going ‘rebel’. And then I felt bad for standing up for myself and telling them that I’d already written an entire manuscript in 6 weeks, so yeah, I was going to go rebel style and mix in editing with writing new content. But other than that one specific encounter with strangers at a write-in, I found NaNo to be a great opportunity to be vocal with other writers, to be encouraging, and to be encouraged. The community overall was great.

NaNo did what it’s meant to do. It put pressure on me to perform. I have become accustomed to setting goals and following through. Normally finishing a rough draft is not hard for me. I know that it’s a rough draft. I know revisions will come along and fix it, and make it something different, better, stronger.

This project was my kryptonite.

I continued to struggle to complete this thing. I’d made many attempts at writing the first draft, and gave up in the final chapter, stripping it away for NaNo, determined to get it right this time and finish it. Something about this particular project, however, threw me off. I was incapable of getting it done. And although I’d written and revised another romance project since starting this project (the first first draft at the end of last year), I blamed the lack of inspiration and dedicated on my anxiety.

I posted on Thursday morning in a closed group saying that I had 500 words left to write before I could be done with this draft. And I wrote that I just didn’t have it in me. Minutes later someone posted encouraging me to sit down and write 100 of those 500 words today. Just 100 words.

Since I was sitting at my laptop, I opened the document, told myself I only needed 100 words, and then proceeded to finish the scene, writing a little more than those 500 words and finishing the draft in the process. And I felt great about it. After a few days of feeling lost, I’d managed to get there.

That’s what having a strong community can do, and it’s one of the reasons I love NaNoWriMo. One month out of the year, you have all these people who are rooting for you. And you’re rooting for them. Suddenly this thing you do solo is a team effort.

As I said, when I went to an official write-in event, I didn’t have a great experience. In fact, I found greater support through a group of women who I met over the years at the Sirens Conference in Denver, and who had put together an online group to support other Sirens attendee writers. But I also found support on Twitter from other members of the NaNoWriMo community. And like Inktober, I found support from loved ones who didn’t necessarily know what NaNo was before November, but once they heard about it, they were there to cheer me on.

Perhaps that’s the biggest gift of NaNo: the ability to say aloud “I’m doing this thing and it’s important to me” and finding that people support you. That you’re not alone.

If you took part in NaNoWriMo this year, cheers to you!! If you didn’t and you came here looking for book recommendations, hi, I see you. I’m posting some soon. I’m kind of embarrassed to admit I’ve read less this month, but as you can now see, I’ve been a bit busy writing.

Finally, I’ll sign off with one of my favorite quotes, which I think of every time I begin to compare myself to other writers or readers:

Comparison is the thief of joy.

Published by A. K. Hudson

Author of fantasy and romance novels, novellas, and short stories. View all posts by A. K. Hudson 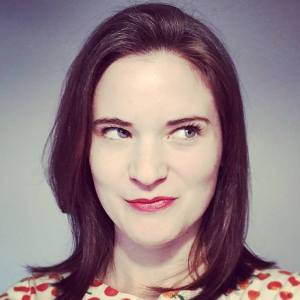 I am a writer with a passion for fantasy and romance, but an avid reader of just about everything.